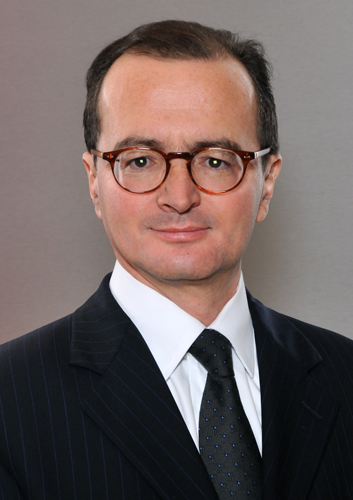 A Classics agrégé, a graduate of the Ecole Normale Supérieure and holder of a Master’s degree in Private Law and a DEA in business law, Jean-Hubert Moitry began his career as a Law Faculty assistant (Paris II) and official in the cabinet of the Ministry of the Budget in 1986. A lawyer at the Court of Appeal of Paris between 1991 and 2005, he is specialised in real estate investments and commercial leases and worked as a consultant for the firm Gide Loyrette Nouel until 1994, and then with the firm Testu Paclot Moitry, of which he was one of the founders, until 2005.

Since 1996, he has chaired Foncière Patrimonia, an investment company specialised in commercial real estate assets and their management.

Since 2008, he has also chaired Ereo Conseil, a consulting firm working in the field of commercial real estate investment.

He is an independent member of the Supervisory Board of Patrimoine & Commerce and Chairman of the Investment Committee.